Pray for God's Blessing on all Peoples!

The global influence of Hollywood, showcasing the moral corruption of America, has led many people groups to have a much more negative view of Christianity than of Jesus.

Frontier People Groups often perceive Christianity as a foreign influence that threatens to tear apart their families and communities. Among such Frontier People Groups, traditional church planting through witness to individuals generally reinforces these fears. To such people groups our terminology of seeking to “reach” and “win” them can be perceived as acts of aggression.

Satan’s hold over these Frontier People Groups is thus magnified by their fear of Christianity and the way we talk about our agenda among them.

The Bible shows us a better way—seeking the fulfillment of God’s repeated promise that all the families of earth will be bless through Abram’s seed (Jesus). In Galatians 3:8, Paul tells us that this promise is the very gospel, preached in advance to Abraham.

As we pray for and pursue God’s blessing among all peoples, we can expect them to be far more open to embracing Jesus than to being “converted” to the Western Christianity they associate with moral decline in the West.

We are Blessed to be a Blessing!

God blessed the first family (Gen 1), then promised to bless all of earth’s families through Abraham’s seed (Gen 12:1–3). This blessing is not just for individuals or families, but whole family lines—clans, tribes, peoples and nations.

Jesus commissioned us to carry this blessing to every nation—teaching them loving obedience to him (Mt 28:18–20).

Over the centuries—especially in recent decades—many nations have been transformed by the blessing of God through Jesus. Yet one-fourth of the world still lives largely isolated from this blessing.

God’s desires all peoples on earth be blessed; join us in prayer for those who have little chance to know the love and freedom that comes from knowing Jesus! 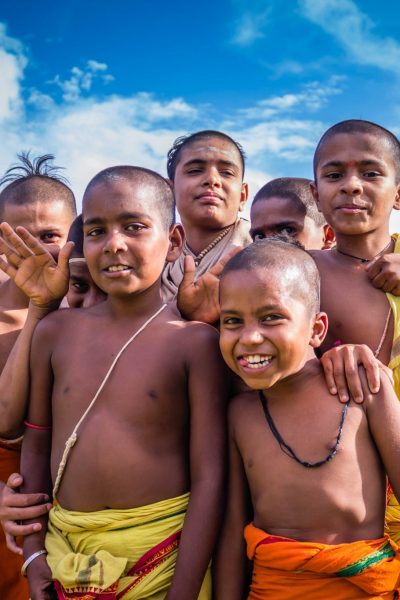