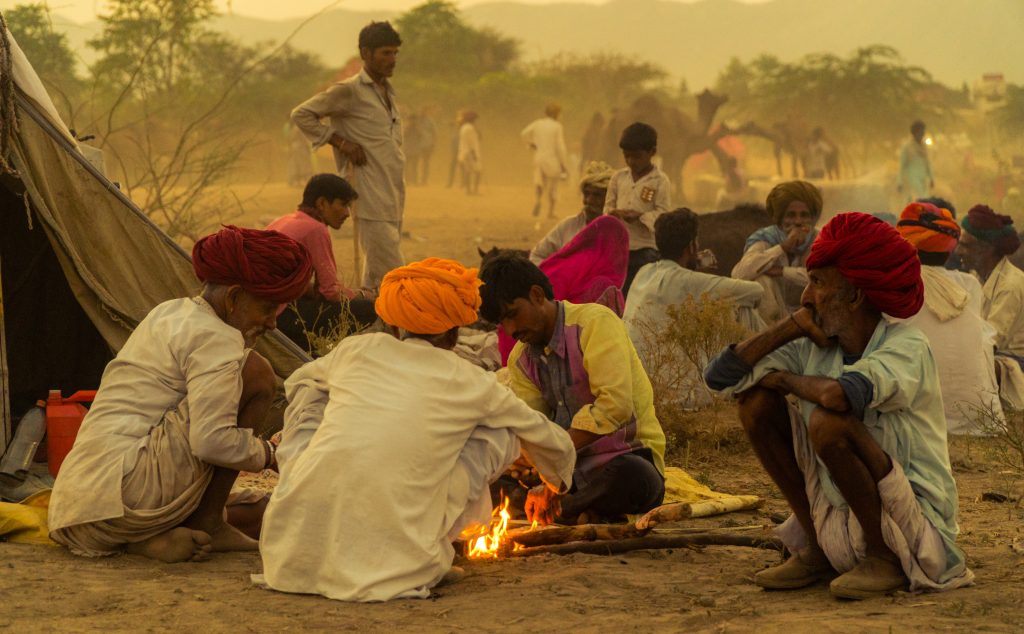 Changing Our First Impression to One of Blessing

The 31 largest Frontier People Groups in this prayer guide, plus another 370 that are over 500,000 in population, carry great influence with many smaller FPGs, making it doubly urgent and strategic to pray for Jesus movements blessing families among these 400 large and influential FPGs.

Prayer is the essential foundation for any movement.

This booklet empowers you to play a vital role in the fulfillment of God’s promise to bless all the families of the earth!

Distinctives of this Prayer Plan/Guide

One fourth of the world live in slightly less than 5,000 “Frontier People Groups,” where Christian families of any kind number less than one in 1,000.

(As explained on the Joshua Project site, this is a subset of Unreached People Groups.)

Satan’s hold over these Frontier People Groups is magnified by their fear of Christianity as an invading threat to their families and communities.

About half the population of these Frontier People Groups (about one eighth of the world’s population) live in just 31 of these groups, each with a population above 10 million.

Prayer—the focus of this booklet—is the first step toward freeing the precious families in these Frontier People Groups from Satan’s grasp, to receive God’s blessing through Jesus.

Traditional church planting (through evangelism of individuals without regard for their families) reinforces the fears of these Frontier People Groups, and delays God’s stated intention to bless all the families of the earth (Gen 12).

Jesus Movements that heal and bless whole families are the only way such peoples have historically come to widely experience God’s blessing in more than small numbers.

Our common Christian/mission language of “reaching” peoples heightens the fear among Frontier People Groups of Christianity as an invading, foreign influence; the prayers in this booklet thus focus believers on praying for God’s blessing on families through movements.

Note: In this booklet we have chosen to avoid two common labels for movements, for the following reasons:

The phrase “kingdom movements” can alarm governments that fear competition from other kingdoms (consider India’s recent revocation of 10,000 licenses of foreign ministries to India).

Introduces the 24:14 Coalition as a major vehicle for Jesus movements among every people.

Introduces the 24:14 Inherit The Nations initiative to pair prayer teams with field teams.

Offers free copies of Hastening and Stubborn Perseverance to fuel understanding of how movements bless families and people groups and how God is reaping an unprecedented global harvest through movements.

Among unreached groups with an existing Christian presence, a seed is already present through which renewal and equipping can lead to God’s blessing flowing through families and other pre-existing relationships.

However Frontier People Groups still await this first planting of an indigenous faith community from which God’s blessing can rapidly multiply.